Each style comprises 116 glyphs with three spacing widths (full, half and 2/3) available via stylistic sets. There is also an alternative ‘8’. All glyphs are open outlines allowing for stencil usage. The system is inspired by original sketches and drawings by Dutch designer Jurriaan Schrofer and has been expanded beyond the initial character set, adding basic punctuation and symbols.

Originally conceived in 2016 as part of the identity developed by Julien Van Havere, principal at DesignPractice™, for the JAM hotel in Brussels, with the support of Branding with Type. 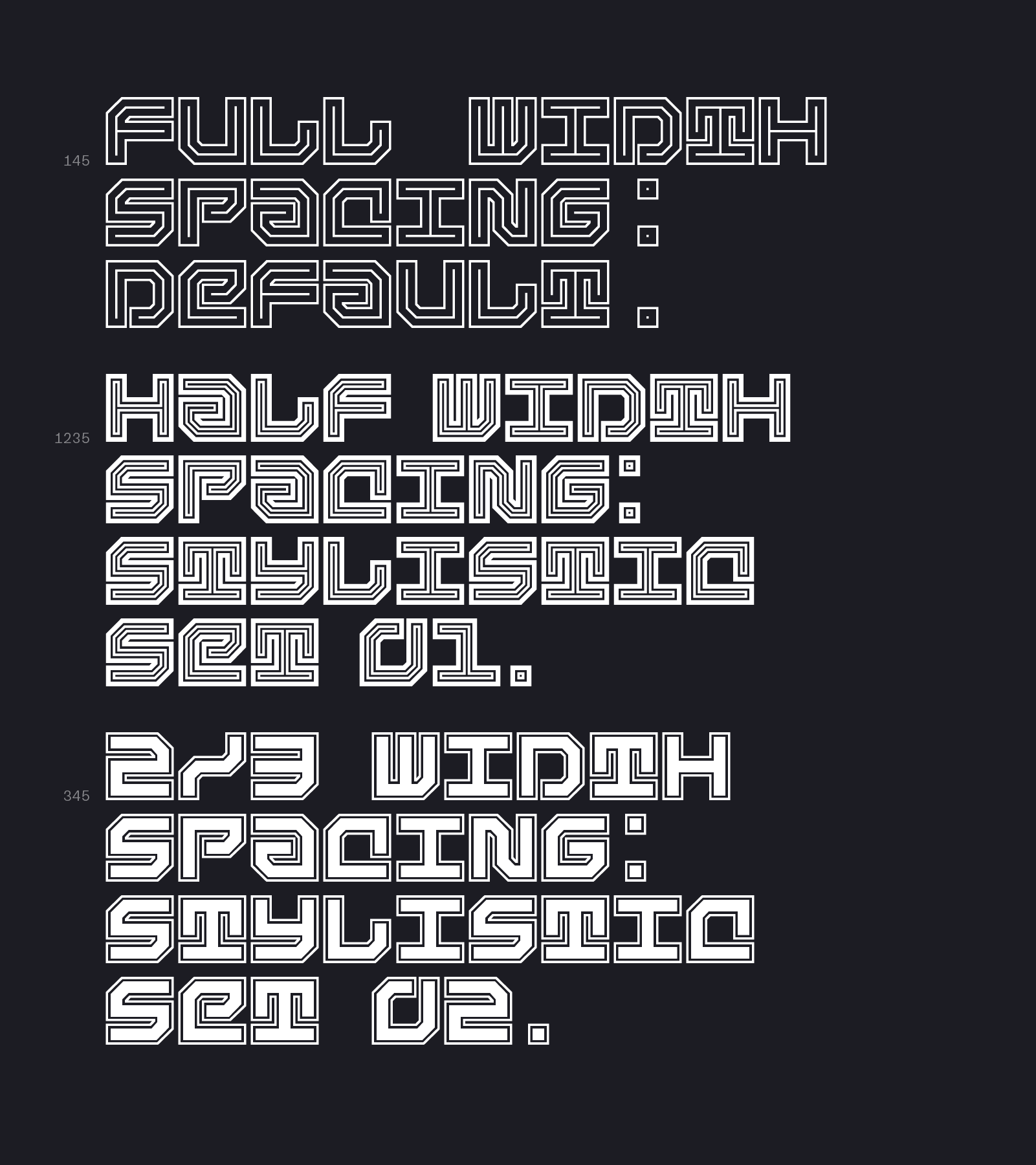 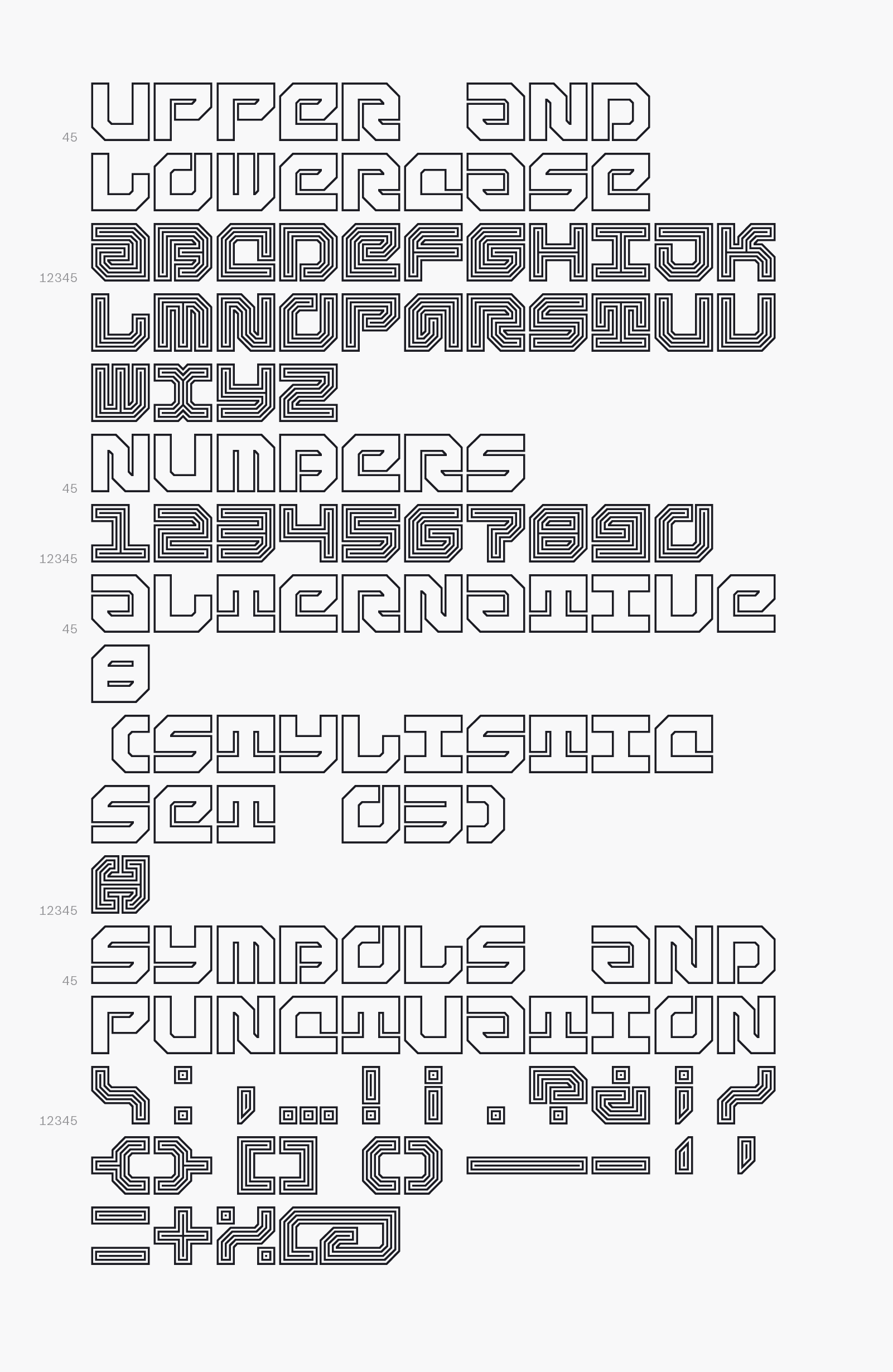